Paul and Kattia serve alongside the national church through biblical and ministerial training of lay church leaders. Paul does regular itinerant preaching and evangelism at weekend camp meetings, known as juntas that take place on the date of the churches’ anniversaries. Kattia works with the women’s groups, teaching conferences both locally and nationally. And she supports the youth in youth camps and conferences; and also ministering to children through puppets and other visual aids.

The son of Church of God pastors, Paul worked as a mechanic until he felt the clear call of God on his life to be a missionary. In 1992 he graduated from Moody Bible Institute in Chicago with a bachelor’s degree in international ministries. For the following four years, he served as associate pastor at the Church of God in Odessa, Texas. Then he went as a special assignment missionary (SAM) to Bolivia.

Kattia was born and raised in Turrialba, Costa Rica, the youngest of six children. Her family converted to Christ when she was twelve years old. She received a degree in English from the University of Costa Rica. While working at a private school, she furthered her education by taking graduate-level courses in translation. 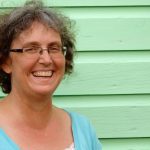 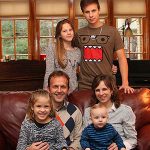