Rhonda and Kelley are integral members of the Three Worlds team. Rhonda is the director of a ministry that she helped start in order to provide transitional programs and housing for women exiting sexual exploitation and sex-trafficking. Kelley provides administrative, logistical, and fundraising support for the ministry. Kelley is also the bridge to the Church of God in Russia and oversees the Urban Ministry Experience with Anderson University School of Theology and Warner University.

Kelley and Rhonda began their ministry in northeast Florida in 1981, working in the field of youth ministry. Kelley, a commercial pilot, made a career change in 1990 by accepting a full-time position as youth pastor at West Park Street Church of God in Jacksonville, Florida.

Kelley made his first trip to Russia in 1991 with a group led by Josh McDowell. That same year, the Florida Youth Fellowship responded to an opportunity to begin an exchange program with students from Chelyabinsk, a city of 1.5 million people located in the Southern Ural region of Russia. The exchange program was a tremendous success and generated a need for a career missionary family to develop a church in Chelyabinsk. Kelley and Rhonda began work in Chelyabinsk in October 1993. They served in Chelyabinsk for eight years. Today, there are several vibrant, growing independent churches in that city.

Kelley and Rhonda accepted the role as regional coordinators for Europe and the Middle East in 2002. Serving as regional coordinators, the Philips lived in Budapest, Hungary, eventually moving to Berlin, Germany, at the invitation of the Church of God in Germany. In 2010, they stepped out of that role to focus their attention on their growing ministry in Berlin. Today, they are integral members of the Three Worlds team.

Rhonda’s journey with the exploitation of women and children began in 1994 at a time in Russia’s history when she witnessed the most vulnerable being preyed upon by unscrupulous opportunists. In Berlin, she became involved with women in forced prostitution, working with Neustart, a faith-based German organization in Berlin. The café, located directly in the main prostitution area, provides women with a safe place to receive compassionate care for their physical, spiritual, and emotional needs. “As I became more deeply involved with the women who frequent our café,” writes Rhonda,” I saw a gap that needed filling: a team of experts to help in transitioning women who want out of prostitution into a healthy, free, sustainable life. God called me to find a way to fill this gap. This is when this new ministry was birthed. Our mission is to open doors for women to live their best possible life story, the story God created them to live.”

Sexual exploitation and human sex trafficking are not easily explained in our church culture, but they are an atrocious reality of our world today. They are not right, certainly not merciful, and are the epitome of pride, arrogance, and greed. The Global Strategy team in Europe and the Middle East is committed to reconciliation and redemption of those victimized by these heinous crimes of injustice. This ministry is one part of the solutions to injustice in Europe. 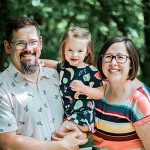 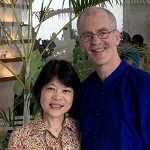