As regional coordinators for Asia and the Pacific, Don and Caroline travel extensively throughout the region, working in collaboration with national leaders to develop regional ministry strategies and country-specific strategies, cultivating relationships within the Church of God across Asia and the Pacific, connecting the church across the region. They also oversee projects and missionaries in the region, providing pastoral care and supervision.

Don and Caroline’s experience with missions began in 1989 when they answered God’s call to live and work in Babati, Tanzania. They served there for sixteen years, administrating and teaching at Babati Bible School, training young men and women to be pastors. In addition to this, they also built churches, brought the Children of Promise program to Tanzania, served as field leaders for the other missionaries in the country, and also founded Aldersgate Educational Center. While in Tanzania, they were privileged to see the Church of God grow from fifty churches to just over three hundred.

Don grew up in a pastor’s home and at the age of fourteen, while attending a mid-winter youth camp, committed his life to Jesus. As a dedicated lay worker, he had no plans for formal ministry and was planning a career in business. While working in the commercial insurance industry, he also volunteered in the junior high department at First Church of God in Vancouver, Washington. After five years, he began working with the college-age singles department, where he led for five years. After being elected to the board of trustees and later serving as chairman of the board, Don began to feel a growing interest in missions. A work camp to Brazil and then one to Africa led to a strong and very specific call to go into missions full time.

Caroline grew up in a Christian home and made her own commitment to the Lord at summer camp when she was fourteen. Through high school and college, she taught Sunday school and was active on various committees. After marrying Don, she worked with him in the junior high and then singles classes. In Africa, she taught Bible classes to future pastors, as well as English, which enabled many to go on for further theological training at Kima International School of Theology (KIST) in Kenya.

The Armstrongs returned to the United States in 2005 feeling strongly that their ministry had reached its natural end as more and more of the work could be done by the Tanzanian nationals. They felt that God had something else for them to do, and it appeared to be in Boise, Idaho, where Don served as an associate pastor at the Cloverdale Church of God, and Caroline worked in children’s church and also as a teacher in adult Sunday school classes.

And all was well for three years. And then in 2008 God called them, once again, to missions as the Global Strategy regional coordinators for Asia and the Pacific. They are based in Thailand. 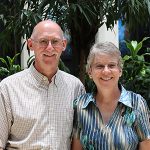 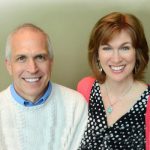